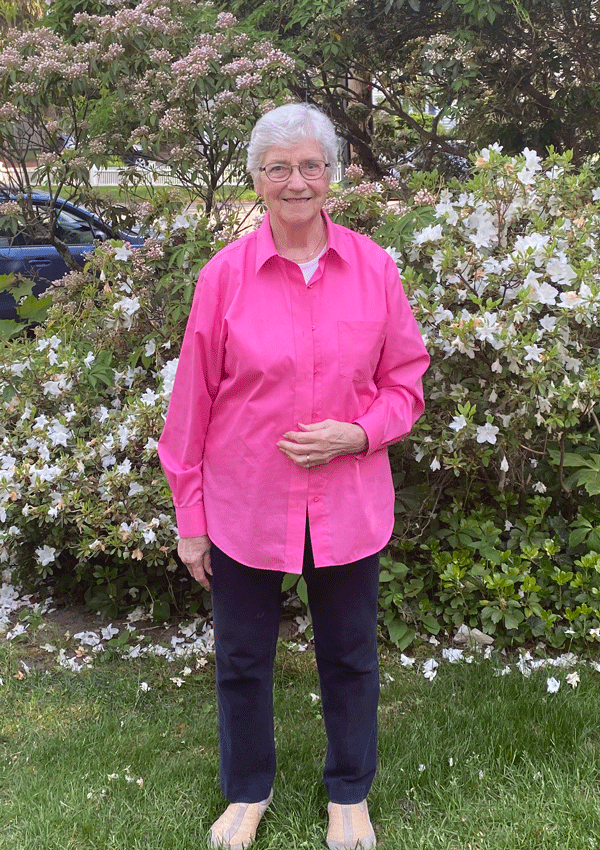 Nancye Van Deusen Connor ’57 P’84 marvels at how much has changed since her days as a student at Lasell Junior College.

Back in the mid-1950s, there were two – yes, two! – television sets on the entire campus. On the way to crew practice, Connor and her teammates were required to wear trench coats over their shorts to hide their bare legs. And students needed permission slips, signed by their house mothers, to leave campus.

“There were fewer decisions to make because the decisions were made for us,” she recalls, “but being together all of the time fostered the feeling among the students that you were part of a big family.”

Although there are many more students on campus today (not to mention more TVs and no house mothers!), Connor is pleased that the essence of her alma mater has not changed in the six decades since she graduated. She has been an eyewitness to the institution’s growth as an active alum with the Board of Overseers and the Lasell University Alumni Association, which she stepped down from this year after many years of service.

“Lasell has been able to grow and change but maintain the small-school identity and friendliness that makes it special to me,” she says. “I take great pride in what Lasell has become.”

Connor, who worked as a realtor with Coldwell Banker for many years, has contributed to Lasell’s development through both her volunteer and financial support. She makes a generous gift to the Lasell Fund each year and also established two charitable gift annuities, qualifying her for membership in the Heritage Society planned giving group.

“I want to see Lasell continue to do well,” she says. “Lasell has had great leadership through the years with Presidents Tom DeWitt and Michael B. Alexander. I have always been impressed with how they have kept Lasell ahead of the curve.”

A secretarial student at Lasell, Connor lived in Woodland House as a freshman and Briggs House as a senior. She remembers typing class with Miss Josephs and learning shorthand from Sebastian Mignosa; serving as the vice president of the student court; and enjoying dances with students from Boston College and Babson.

If not for Lasell, she might never have married Philip Connor, her husband of 52 years who died in 2010. During her senior year, they met at Jane’s, a Newton restaurant, shortly after he had returned home from a stint with the U.S. Marines.

“He was a dreaded Newton ‘townie,’ ” Connor recalls with a laugh. “I guess I owe everything to Lasell.”

Join the conversation about all-things Lasell